Rays of Sunshine Children’s Charity grants wishes for seriously ill children in the UK aged 3-18 and the BCFA is supporting them this year.BCFA members have pulled together to create a dream bedroom for Philip, a 13 year old from Ramsgate in Kent who is living with Spinomuscular Atrophy – a muscle wasting disease that affects every part of his body. Philip is reliant upon an electric wheelchair and a ventilator at night. He is confined to being indoors. He has only recently had his own bedroom and being a huge Lego fan his wish was to have it themed around all things Lego and to stay in a hotel during the renovations.

Planning for the project took around 3 months with the final installation taking place during 29th- 31st July.Chelsom donated desk lamps to the project which the designers transformed into Lego sculptured masterpieces thanks to many hours spent gluing packets of Lego bricks to the lamps

It was fantastic to have been part of such a worthwhile cause that is getting the recognition it deserves. If you are interested to find out more about the project then please click on the link below for a full picture gallery, video and TV coverage and well done to everyone involved. 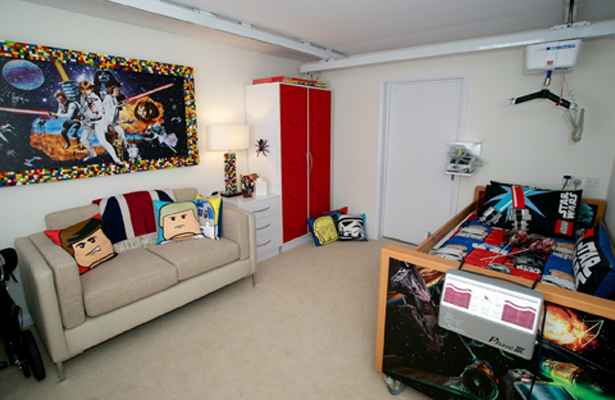