As part of the much documented refurbishment programme of Manchester Central Library and Manchester Town Hall Extension, Chelsom were commissioned by M&E Contractors NG Bailey to work as heritage lighting specialists on the prestigious transformation. The £130m project for the two Grade II- listed 1930s buildings involved turning these behemoths of civic pride and ambition into modern structures with the former being re-invented as a multi-purpose library able to cope with the digital demands of the 21st century, and the other as contemporary new offices for Manchester City Council.

Lighting, and not least lighting levels, are vital to the success of any interior space and Chelsom worked closely with M&E Contractors NG Bailey on the modification of the lighting side of the project. One of the biggest challenges was adapting and replicating the original heritage fittings to bring them up to modern light output standards and in doing so making them more efficient whilst maintaining the appearance of original fittings and key spaces.

The extensive project began in 2012 and the process was an intricate one taking more than 2 years of planning and meticulous execution in its entirety. With a vast assortment and large number of fittings to be restored, both traditional and modern skills were needed to carry out the restoration effectively. Fittings were dismantled section by section and the respective parts labelled, packed and boxed for transit to be refurbished on site at Chelsom’s Head Office while the larger fittings were refurbished in component form and assembled on site. Chelsom’s specialist restoration team carefully cleaned the fittings, replaced any missing components with original materials from the 1930s where possible, refinished the metalwork and upgraded the wiring and technology with modern light sources whilst remaining sympathetic to the original period aesthetics. The overall effect of the lighting transformation was magnificent with highlights including Manchester Central Library’s Great Hall and the Shakespeare Hall along with the refurbishment of the beautiful Art Deco pieces restored to their former glory in the Council Chamber (Including Ante Room and Public Gallery), the Old Electric Showroom Committee Room and the imposing Rates Hall. 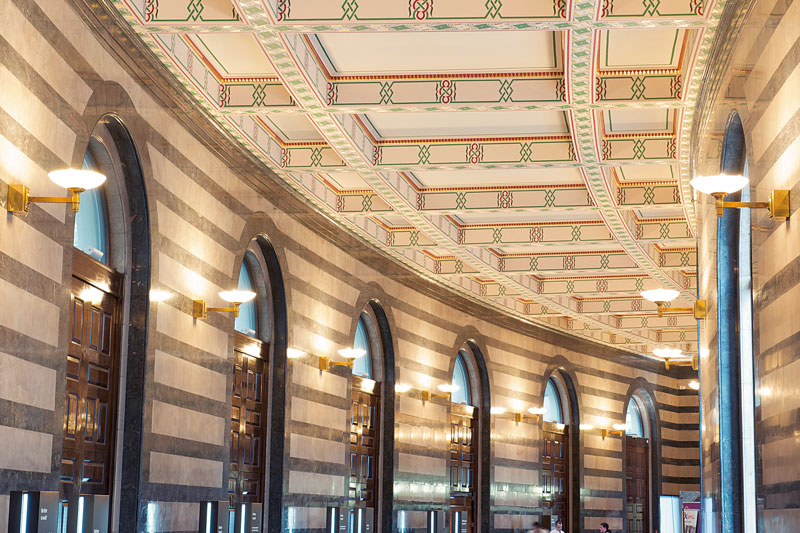 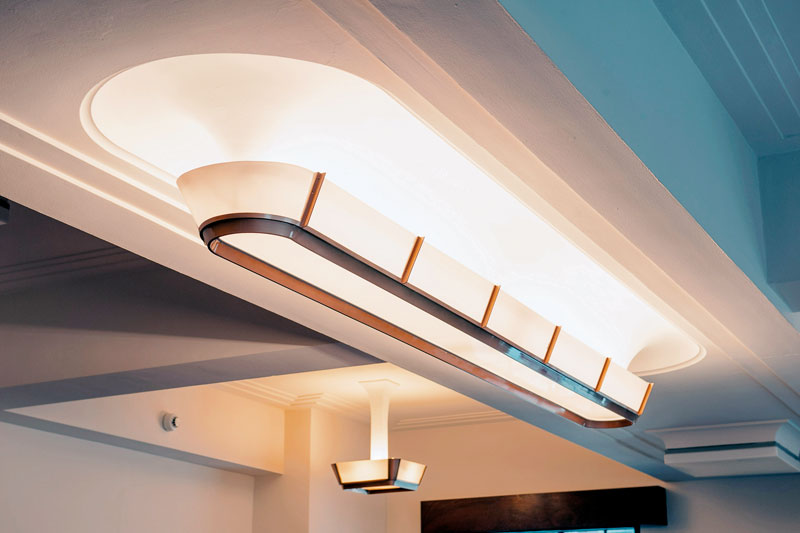 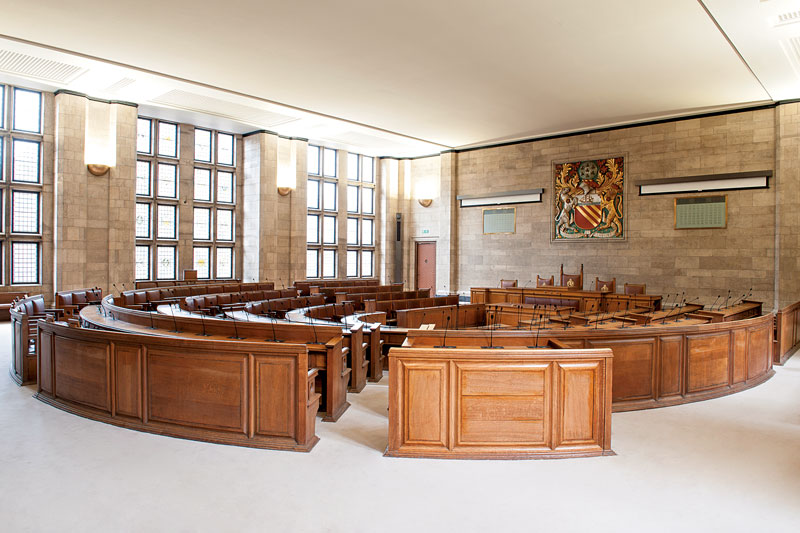 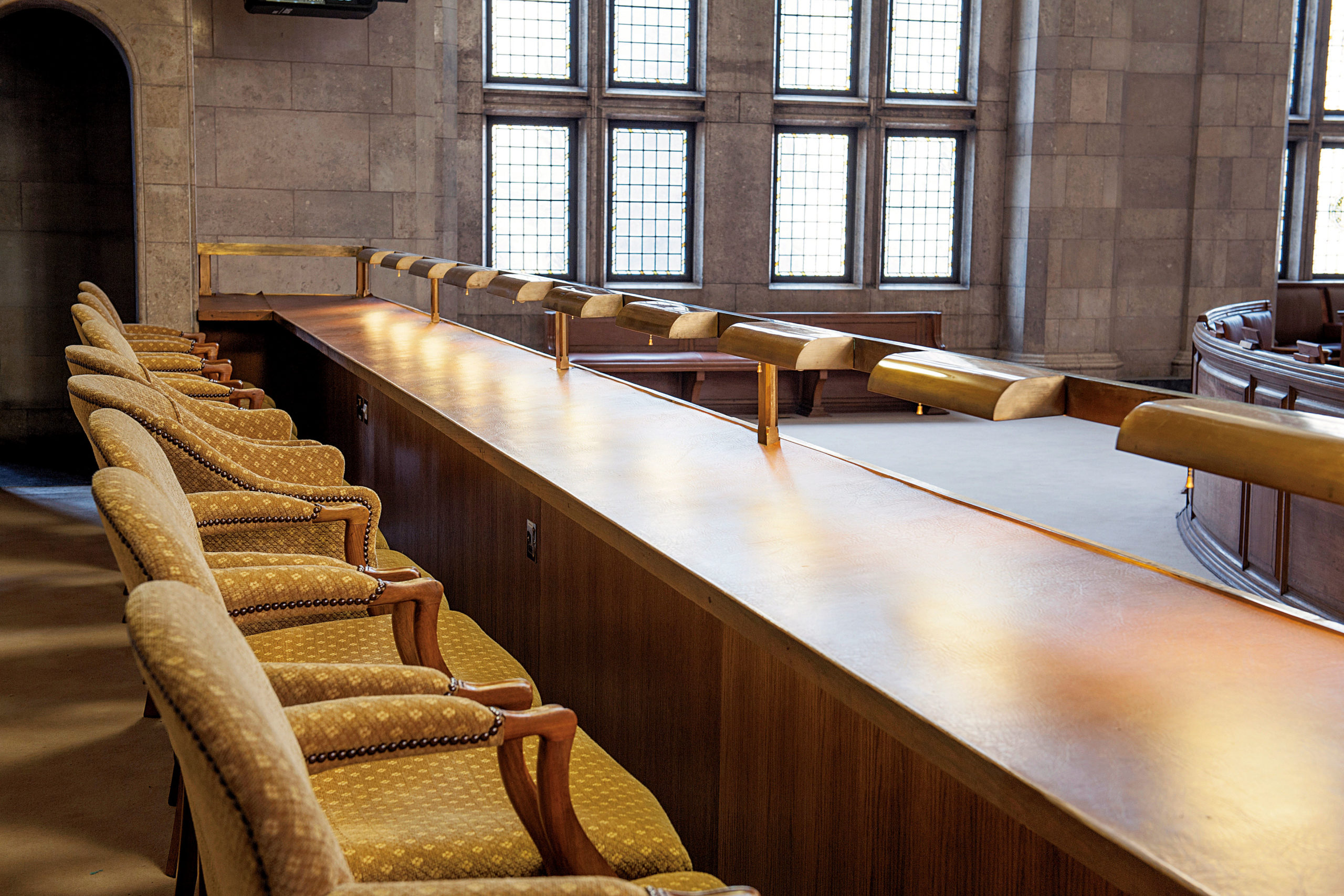 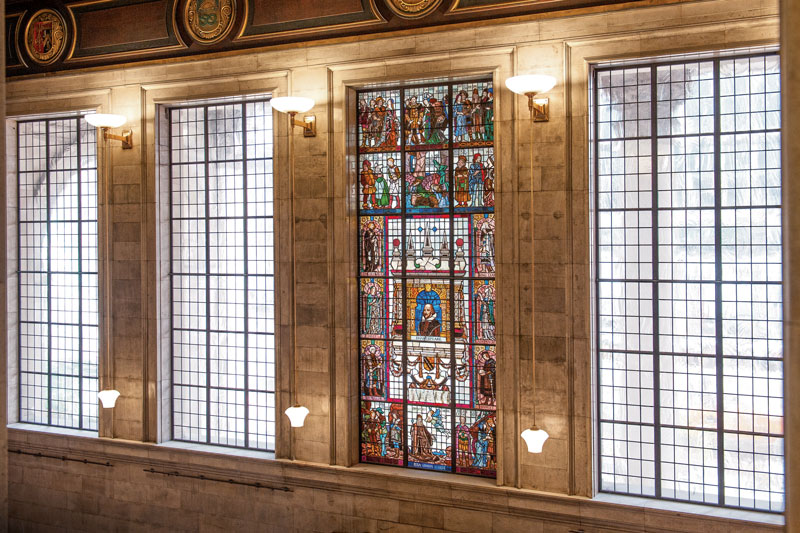 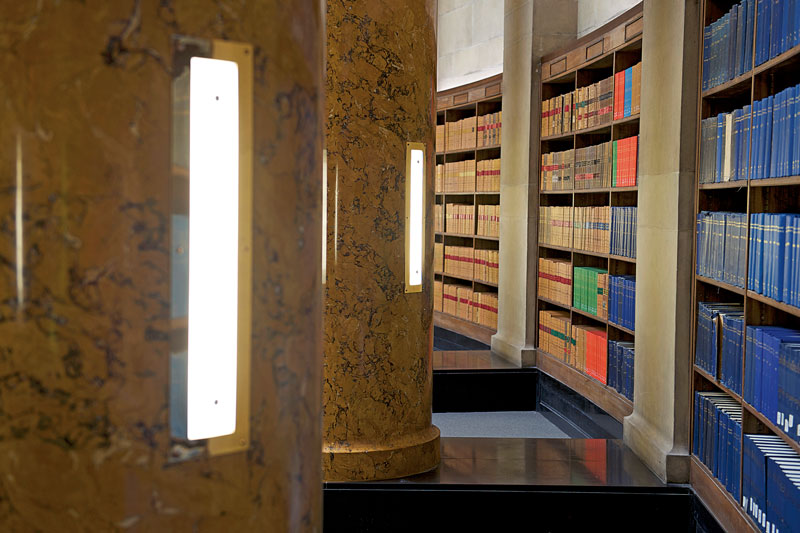